A decade of active role in clean energy investments

Hudson’s principals have played an active role in clean energy investments for over a decade, dating from their prior roles as investment professionals at firms, including Goldman Sachs, Arclight and GE Energy Financial Services. Collectively, the investment team brings over 70 years of sector experience investing in over 25 countries in Americas, Europe and Asia.

An experienced asset management firm in the sustainable investing sector 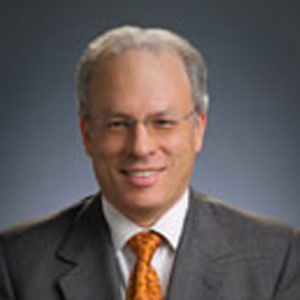 Mr. Auerbach is founder, CEO and Managing Partner of Hudson Clean Energy Partners, which he established in 2007. Formerly, Mr. Auerbach was a Partner at Goldman Sachs & Co., where he co-founded the U.S. alternative energy investment business within the Special Situations Group and led several of Goldman’s most successful investments in renewable energy. In total, Mr. Auerbach has led investments exceeding $2.5 billion in all aspects of the clean energy sector, including loans and direct equity investments into renewable power projects, renewable power developers, independent power producers, as well as equipment manufacturers along the supply chain. Most notably, over the course of his decade-long involvement with the sector, Mr. Auerbach has invested in some of the most successful companies in the sector, including Sun Edison, First Solar, Horizon Wind and Recurrent Energy.

Mr. Auerbach has served on the Leadership Council, American Council on Renewable Energy (ACORE), and on the Executive Committee of ACORE’s Partnership for Renewable Energy Finance. Mr. Auerbach also served as a Commissioner on the National Commission on Energy Policy, and on the Advisory Council of the Prince of Wales’ Rainforest Project. Mr. Auerbach serves on the boards of Element Power and SoloPower, and is a member of the board and Vice Chairman of Silicor. Mr. Auerbach is also Chairman of Sunlight Financial, a newly established origination platform for making loans to the US residential solar sector. 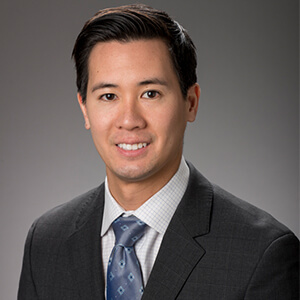 Jonathan Lee is a Managing Director at Hudson Sustainable Investments with over a decade of investment and financing experience in the renewable energy markets. At Hudson, Mr. Lee leads the firm’s efforts in real asset and special situations investments with a focus on its Asia strategy.

Prior to re-joining Hudson, Mr. Lee was the founding partner of Anoakia Partners, a private investment firm focused on control-oriented opportunities where he co-founded and serves as a board member for Lumina Solar and Astral Power. Earlier in Mr. Lee’s career, he was a private equity investor at GI Partners where he worked to build up various middle-market service and manufacturing businesses in the energy, industrial, and consumer sectors including The Linc Group, Duckhorn Wine Company, and Archon Resources. Mr. Lee started his career in the investment banking division of Deutsche Bank advising its solar, semiconductor, and hardware clients.

Jonathan holds a BA from UCLA and an MBA from Columbia Business School. 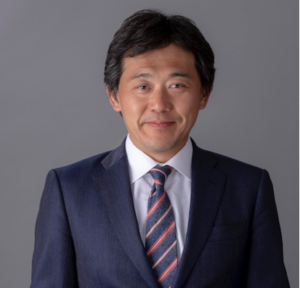 Teppei Fukada is a Managing Director and Head of Hudson Sustainable Investment Management Japan. His responsibilities include directing all kinds of Hudson’s activities in Japan such as investment originations, deal executions and portfolio managements. Mr. Fukada previously worked at Barclays as a coverage banker and developed extensive experience in investment banking business for 10 years. Prior to that, he was engaged in corporate planning business at INPEX. Earlier in his career, he worked for advisory group at Goldman Sachs. He began his career in equity capital market as an Analyst at Citigroup. Mr. Fukada holds a BS in Chemistry from Keio University and earned a PhD in Environmental Sciences from University of East Anglia. 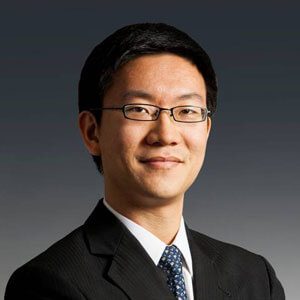 Wilson is a Partner at Hudson Sustainable Investments with over $10 billion of investment, M&A, and financing transaction experience within the technology and sustainability sectors.

He is a founding member of Hudson’s solar fund and has co-founded several businesses, including Sunlight Financial, the leading fintech platform for point-of-sale financing, where he was involved in building a scalable business. He established and structured approximately $500 million of financing relationships and oversaw the design of Sunlight’s original modular software architecture.

Previously, Mr. Chang worked at Silver Lake Partners, a leading technology-focused private equity firm. At Silver Lake, Mr. Chang focused on investment analysis, deal execution, and portfolio monitoring of technology companies. Prior to that, he was at Goldman Sachs, engaging in M&A and financing transactions for cleantech, power, and energy assets and businesses. He was involved with the monetization of Horizon Wind Energy, one of Goldman’s largest and most successful investments in the cleantech sector. 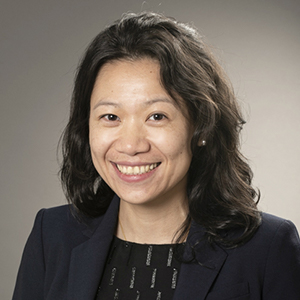 Wei Si is a Principal at Hudson Sustainable Investments and her primary responsibilities include energy investment strategy, deal sourcing and execution with a focus in the U.S. and Asia. Ms. Si previously worked at GE Energy Financial Services, the energy investment arm of GE Capital. At EFS, Ms. Si executed ~1GW of greenfield renewable investments in the U.S., set up a $750MM Japan solar fund in 2017, supported ~2GW of gas power plant development and ~1 GW gas power project financing, and managed ~$500MM portfolio of natural resource companies in the U.S. Earlier in her career, Ms. Si worked at Weatherford in China as a business development manager and prior to that at Schlumberger in Malaysia as a field engineer. Ms. Si has an engineering degree from Tsinghua University in Beijing and an MBA from Rice University. 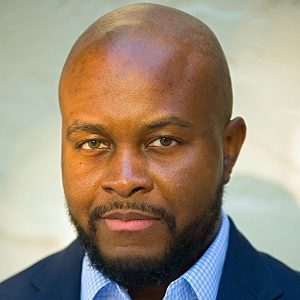 Roy Jumbo is Head of Asset Management at Hudson Sustainable Group. Roy has over six years of experience in renewable energy asset and portfolio management. Prior to joining Hudson, Roy was Asset Manager at Origis Energy, a Miami solar developer, where he had P&L responsibility for 180 MW of solar assets in southern US. Roy was also a Business Manager at NextEra Energy, where he oversaw portfolio management functions for 16 GW of operating wind and solar assets in North America. Roy holds a BSc in Electrical Engineering from Oklahoma State University and an MBA from Tulane. 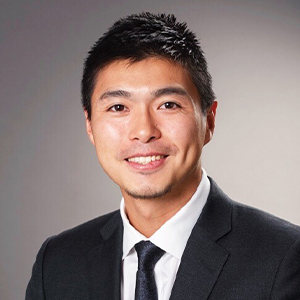 Will Xia is an Investment/Financial Analyst at Hudson Sustainable Investments and his primary responsibilities include investment origination and analysis, due diligence, and portfolio management. Mr. Xia previously worked at Ashé Capital Management, a Shanghai and Hong Kong-based asset management firm, where he focused on investment opportunities in China’s clean energy and financial technology sectors. Mr. Xia began his career at Citigroup’s Energy Investment Banking team, where he focused on M&A advisory and capital markets for clients in the energy, power, and chemical sectors. Mr. Xia holds a B.S. in Finance from Penn State University and an M.A. from Columbia University in Energy Resource Management. 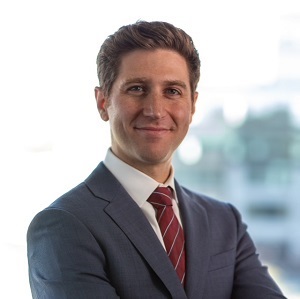 Prior to joining Hudson, Mr. Rothstein worked at Northwood Investors, a New York-based real estate private equity firm where he focused on long/short public markets investing for real estate and the build world.  Stephen began his career at AR Global Investments where he was involved in executing and underwriting over $5 billion of direct real estate acquisitions throughout New York City, as well as the public listing of the firm’s flagship New York Investment Vehicle, New York REIT.

Mr. Rothstein earned a fellowship to complete a dual MBA/MSE from the University of Pennsylvania’s Wharton school of Business and graduate school of Engineering. 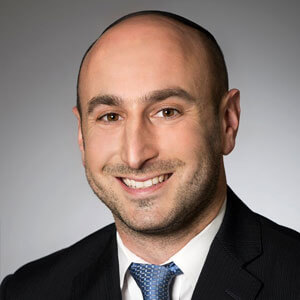 Max Klein is the Director of Finance at Hudson. His primary responsibilities include assisting with accounting and tax compliance for HCEP Fund I, the corporate management company and the general partner. He has been with Hudson since February of 2014. Prior to joining Hudson he was a Senior Accountant at Centerline Capital Group, prior to Centerline Capital Group he was a staff auditor at CBIZ MHM LLC. Max Received a B.S. in Accounting from the Sy Syms School of Business at Yeshiva University, and also received a Masters in Accounting from Queens College. 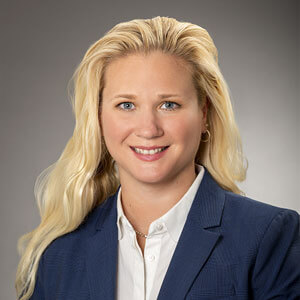 Valerie Kenney is a Chief Controller at Hudson, primarily responsible for the accounting, administration, reporting and tax compliance of the Funds. Valerie joined Hudson in 2018 from KKR Financial Services Company where she was an Assistant Controller responsible for the budgeting and forecast functions of the family office. Prior to KKR, Mrs. Kenney worked at Corporate Partners as a Senior Accountant focused on fund accounting, management company reporting and compliance. Prior to Corporate Partners, she held various financial accounting positions at ENK International, David Yurman, Goldman Sachs and Morgan Stanley after beginning her career as an auditor at Ernst & Young. Mrs. Kenney is a Certified Public Accountant and has received a Bachelor of Science in Accounting from Fairfield University. 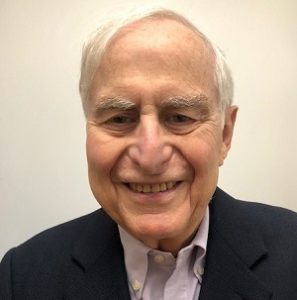 Dr. Miller was an Operating Advisor for Pegasus Capital Advisors, where he was responsible for analysis of technologies associated with firms under consideration, as well as technical oversight of Pegasus portfoloio companies. Prior to this he served as Chief Scientific Officer for Hudson Clean Energy Partners, where he oversaw all technology analyses for existing as well as prospective portfolio companies, and oversaw due diligence on over 100 potential investments.

Dr. Miller was a tenured Professor at New York University from 1969 to 2010. He was Professor of Chemistry from 1994 to 2010, and has expertise in solar and wind technologies, hydropower, organic chemistry, catalysis, and the chemistry of energy storage. He was previously a Professor of Engineering, as well as a Professor of Energy and Atmospheric Science at NYU from 1969 to 1994. Dr. Miller conducted studies at NYU and, as a consultant, in numerous energy and environmental areas. His work has addressed a variety of renewables, as well as combustion systems, including gas fired cogeneraion, combustion of municipal and hospital waste, and studies of human exposure to toxic emissions from municipal solid waste facilities. He has performed analyses of manufacturing and power plants, as well as fuel production facilities, for compliance with the Clean Air Act Amendments of 1990.

Dr. Miller has led projects in boiler design, gas and oil-fired cogeneration, conversion of waste to chemicals and fuels, municipal solid waste and sludge incineration, biofuel combustion, coal and wood waste fired fluidized bed combustion, wind and solar energy, hydropower, power transmission by microwaves, wastewater system requirements including wastewater from fracking operations, and air and odor impacts for health risk analyses. He also managed production of engineering feasibility studies, as part of due diligence for bond issues. Dr. Miller served as Executive Director of the Society for Energy and Environmental Research (“SEER”) from 2007 to 2012, where he oversaw studies in bio-fuel production and managed grants from the US Department of Energy.